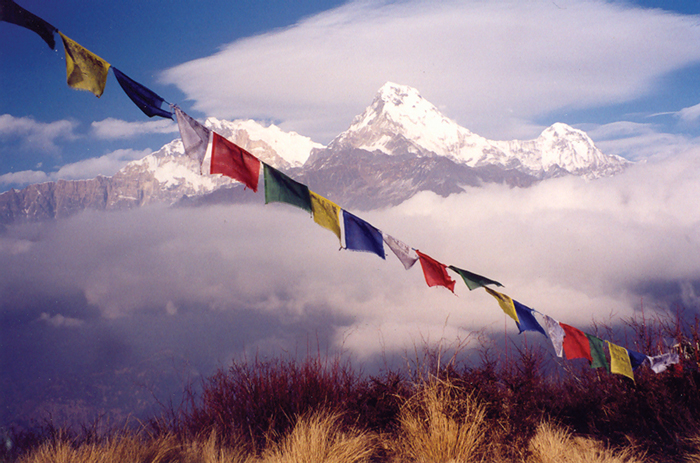 Nepal is a beautiful country immersed in ancient culture and beauty with the Himalayan Mountain Region as its backdrop. The spectacular landscapes, diverse cultures and most importantly the beautiful people of Nepal with their love of life, happiness, compassion and generosity captured our hearts. All of which created an opportunity for us to open our hearts and be of service. Thus, leading to the vision, birth and creation of One World – One Heart Foundation.

With all its beauty and loving people, Nepal is nonetheless one of the world’s poorest countries and has been plagued by a civil war that has been going on since 1994. The civil war with the Maoists officially ended in 2008. Even though progress has been made, many challenges remain and outbursts still occur. The country of Nepal is also plagued by political instability and constant changes to political parties and the process.

Nepal is known officially as the Federal Democratic Republic of Nepal. Its capital is Kathmandu, which was made famous in the 60’s – 70’s with the hippie movement and many popular US songs.

It is a small landlocked country located in South Asia. It consists of an area of 56,827 square miles or 147,181 square kilometers. It is 550 miles long and 125 miles wide. Nepal is approximately the same size as the state of Arkansas. It is located in the beautiful Himalayan Mountains and bordered to the north by Tibet and China and surrounded by India to the south, east and west.

The mountain region north of Nepal is known as the Himalayan Mountain region and the home of Mount Everest, the highest point on earth – reaching 29,035 feet (8848 meters). In Nepal, this mountain is known as Sagarmatha (meaning, Goddess in the Sky). Mount Everest continues to grow about ¼ inch per year. Nepal is also the home of eight of the worlds ten tallest mountains and contains more than 240 peaks over 20,000 feet (6,096 meters).

The people of Nepal have captured our hearts and we are devoted to working with and improving the lives of those in need. We ask you to join us in this endeavor with your kind and generous support. Give the Gift that keeps on giving.